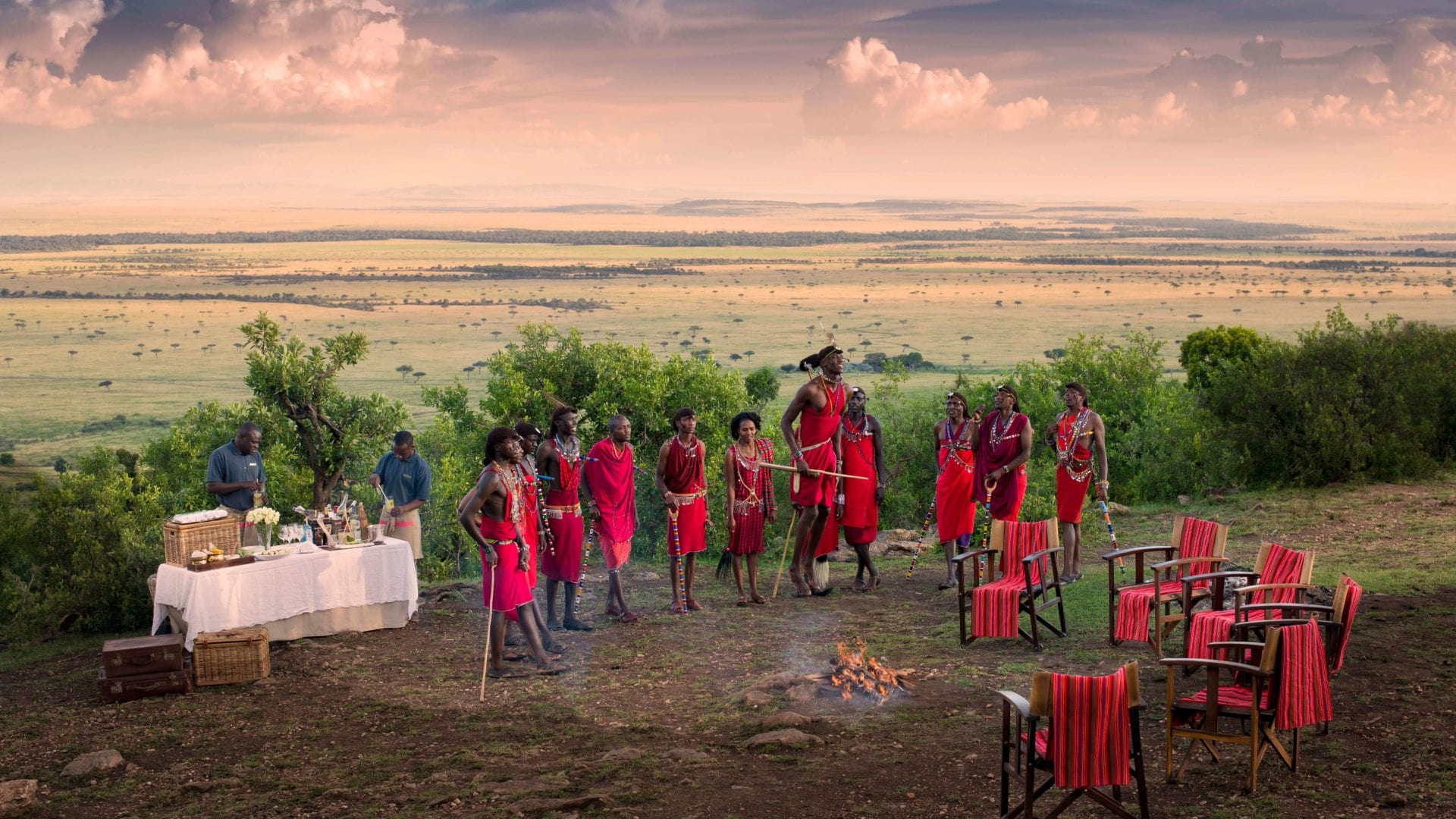 The Maasai are a local tribe in Africa specifically inhabiting some parts of Kenya and Tanzania and they are generally nomadic pastoralists. As a result of their unique customs, dress, traditions as well as the fact that they live next to a number of national game reserves in East Africa, these Maasai are one of the important tribal groups and are highly popular all over the world since they are connected to the game reserves plus parks.

They speak a language called ‘Maa’ which they got from Nilo-Saharan, similar to Nuer as well as Dinka. The Maasai however are also fluent in English and Kiswahili which are the official languages of Kenya plus Tanzania. The Maasai people are about 900,000 in number.

Despite the efforts of the Tanzanian as well as the Kenyan governments through setting up programs to introduce the Maasai to the modern lifestyle, the Maasai have insisted on their semi-nomadic lifestyle which has been passed down through generations. Gradual change however is taking place.

The Maasai are conservative and have rejected all the efforts of the Tanzanian as well as the Kenyan governments to change their way of life to a more contemporary one. The Maasai advocated for the right to feed their animals in the numerous game parks in Kenya plus Tanzania.

Their tribe resisted slavery and took residence among the wildlife and did not feed on the wild animals or birdlife. The land of the Maasai is the richest in East Africa with thriving nature as well as wildlife. Most of our Kenya safari tour packages can include a visit to the authentic Maasai Villages in the Masai Mara or in the villages of Narok and Kajiado counties where you can go on an authentic Maasai countryside trek. 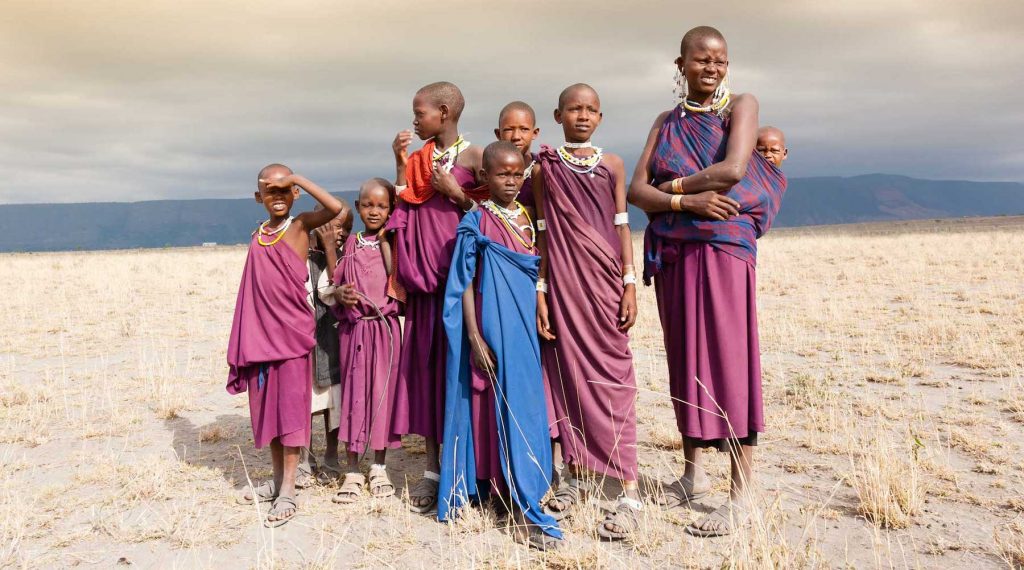 The Maasai are traditionally semi-nomadic in nature and have since the past depended on a constant supply of materials as well as local technology to build their unique as well as captivating houses. Historically, the Maasai houses were built to suit their nomadic way of life and hence they were temporary by design. The Inkajijik (houses) are constructed by women and are usually in the shape of a circle or a loaf.

Their villages are surrounded by a circular fence traditionally referred to as Enkang which is constructed by men and these protect their animals from attacks by the wild animals as they sleep at night.

Where did the Maasai come from, and the history

Similar to the wild animals with which they exist side by side, the Maasai require a huge portion of land. Dissimilar from the numerous Kenyan tribes, the Maasai are pastoralists that are semi-nomadic who spend their lives looking after goats as well as cattle. The Maasai believe in a superior being called Engai. Their perception is that their god made them, gifted them with all the cattle in the world and then created other people. The Maasai use cattle as a yardstick for riches therefore people that do not have cattle are believed to be poor. The Maasai call their surrounding tribes of hunter-gatherers plus farmers, Ndorobo which translates to mean poor folk. The Maasai villages have temporary houses but they build a corral (enkang) for a number of families. The enkang consists of a circle of huts with each hut accommodating a family surrounded by a circular fence of thorn shrubs.  The woman in a household is in charge of building a hut made out of clay and cow dung. Recurrently, the families leave their enkang and build another one in a new place that has more pasture and water. However this way of life is slowly fading away since there is limited land where to wander to.

Laibon, which means witch-doctor in Maa or a vision seeker are divine leaders that are able to foretell the future. Mbatiany – a Laibon, towards the end of the 19th century predicted that a metal snake was moving towards them from the coast, with people whose skin color was like that of flamingos. He warned them that things would change for the Maasai if it was coming. He reasoned that the Maasai should discontinue the snake however the warriors were not afraid and dared the metal snake to come. Sadly his vision was true. In the last years of the 19th century, a train (the metal snake in the vision) reached a couple of years after the death of Mbatiany. The colonialists coerced his two sons Olonana plus Senteu into land talks and took the Maasai’s land.

The Maasai people are however not progressing very well in contemporary Africa. Before the European settlement, the feared Maasai lived on the most productive land. They fought to keep their land however they were fighting a losing battle because the British were armed while the Maasai had spears. The British also had an unfair advantage over the Maasai in the British courtrooms. In 1904, the Maasai lost their prized land to the British after they signed their first agreement. A few years later, in 1911 a contentious treaty was signed by a few Maasai and it led them to lose the great northern land (Laikipia) to white settlers. The Maasai obviously had no idea of the impact that signing this agreement would have and the people that signed could not possibly have spoken for the whole Maasai tribe. After signing these two agreements, the Maasai were left with only a third of their land and were forced to live in the less productive areas of Tanzania and Kenya. 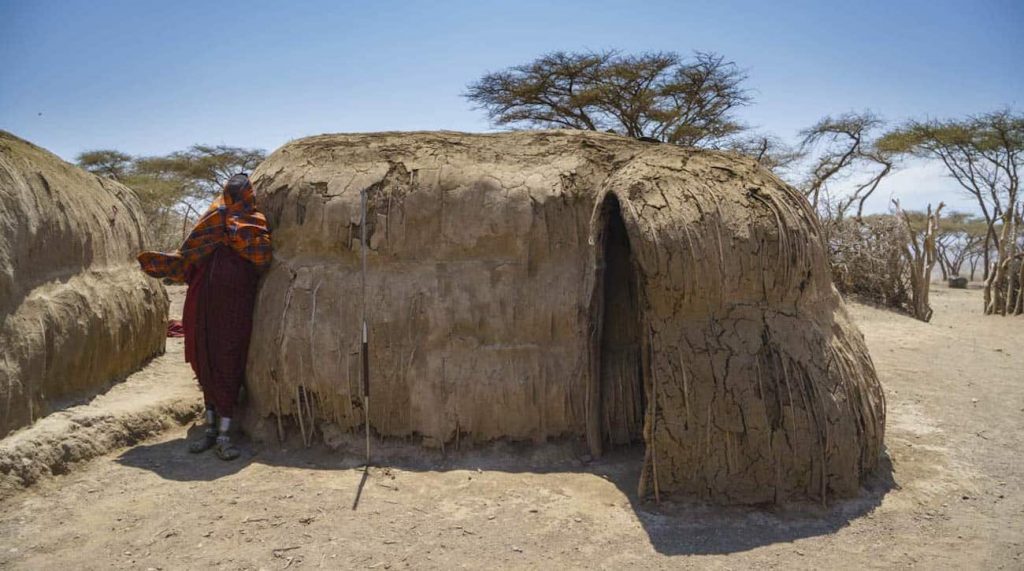 The Amazing Culture of the Maasai People

Maasai tribe is fully run by men with elder Maasai men at the top of the hierarchy alongside retired elders who make the important decisions for the Maasai. The Maasai believe in one god called Engai or Enkai.

Based on their traditional lifestyle, the death of a person is not acknowledged with a funeral like many other African cultures do. Instead the dead are taken to the fields where their bodies are left for scavengers to dine. Burying the dead is only for important chiefs. The Maasai consider burying the dead detrimental to the land.

The Maasai’s way of life revolves around their cattle which is their major source of food. Like many other tribes in Africa, the number of cattle you own is the yardstick by which your wealth is determined, therefore the more cattle, the wealthier a person is.

However cattle is not the only measure for wealth, children are also a determinant for wealth. A man with many children and little cattle is believed to be poor and the reverse is true. The Maasai have a myth that states that God gave them all the cattle on the face of the earth which has led to them stealing cattle from other tribes since they believe that they are taking back what was initially theirs. Fortunately, cattle rustling are no longer a common occurrence today.

The Maasai are internationally popular, always adorning radiant red robes; a fierce warrior reputation precedes them as well as their unique traditional dance. Engaging with the captivating and hospitable Maasai is a memorable cultural experience.

Well-known for their friendly culture, gaining insights into the Maasai, their culture as well as their lifestyle is an exceptional aspect of your trip to Kenya. The Maasai reside in northern Tanzania as well as southern Kenya along the Rift Valley. The Maasai people in Kenya are the indigenous tribe of the world famous Maasai Mara Game Reserve, and their culture has been a great contributor to the wildlife conservation in the Mara area. Maasai can be translated to mean people who speak Maa which is the language of the 16 tribes that form the Maasai society. However Masai means land.

The Maasai society is holding on to their traditional lifestyle as they maneuver the difficulties of modern Africa. A number of elegant hotels and camps provide the Maasai with jobs plus a chat with the employees can provide you with just as much information as if you took a cultural tour. Taking time to learn about the Maasai people will be highly rewarding; below we bring you the four best ways you can experience the intriguing culture of the Maasai People:

While on a village visit, you will be welcomed into the Maasai circular mud homesteads that are called manyattas and pleasantly received especially if you like cattle. Since they reside under a communal land management system, cattle are the most important asset for the Maasai. As you take the village visit, you will learn more about the day to day lives of the Maasai in addition to the ways in which they manage to strike a balance between protecting their traditional Semi-nomadic lifestyle and adopting the contemporary way of life.

Take a stroll in the wild along the huge expanse of the Great Valley with the Maasai who are excellent guides since they have co-existed with the Big Five for generations. The Maasai will entertain you with myths, customs, legends, fables as well as traditions as they take you through the numerous buffaloes as well as elephants at water holes while you are on foot.

The Maasai are popular for their brightly colored red traditional cloth called a ‘shukka’ and beaded ornaments that they wear around their arms as well as necks. The Maasai aesthetics, patterns plus colors are included in designing lodge as well as camp decorations such as the rugs, lampshades made by Maasai women. A few lodges provide you with space to make Maasai crafts but many of the lodges have markets where you can buy some beaded handiwork as well as artifacts and the money earned is returned to the community.

The distinctive jumping dance of the Maasai called Adamu is executed to exhibit prowess as well as strength as Maasai warriors. It is usually performed at the different lodges for visitors before they have supper or around fireplaces at mobile camps. Travelers have become as acquainted with this dance as they are with the Maasai and are usually asked to take part in it however it is more tasking than the Maasai make it look.

Next time you visit Kenya for safari, we can include the Masai tribe visit  so that you can learn more about the history, and culture of the famous nomadic Maasai People!